Welcome to studioname Leicester C.i.C a not for profit, creative community hub linking the Leicester’s cultural quarter with the St Matthews community.

studionAme Leicester C.i.C believes that making art and the ability to be creative are central to the improvement of peoples lives and therefor central to the success of our communities.

Art should not exclude through language or access when it has the ability to set people free by engendering creative thinking and expression.

As artists taking over a post industrial space in a neglected part of the city, it falls upon us to seed new ways of working and living together. No longer reliant on the old broken models but the creators of a truly inclusive, sharing economies, using creative language and skills as our medium of exchange.

Once lock down is over and social distancing is back to some kind of normalcy, we will be looking at ways to re-estabish our weekly free, family arts workshops. 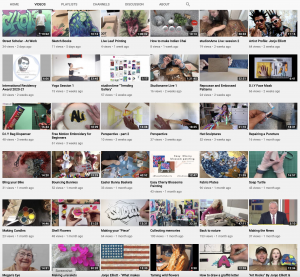 Surely you can’t be bored? Visit studionAmes Youtube channel for over 30 videos and short films on being creative, getting creative and keeping it creative.

Thanks to Arts Council England for their support on this project. 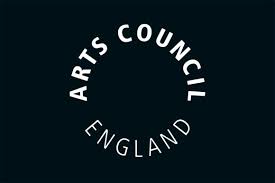 studionAme Leicester C.i.C is home to a number of talented and motivated creative practitioners who are engaged with the local community and the creative economy. Our Education & Outreach programme is run by Freelancers – Beth Fisher & Hannah Pillai.

Working in partnership with the Founders and Directors, Beth and Hannah are accomplished freelance Arts Educators in their own right and are currently working on a long term strategy for the community.

There are regular, free, creative workshops held in our project space and ongoing events including open call community art shows and related happenings.

For regular updates and news on the free weekly events taking place in and around studionAme Leicester C.i.C please visit our dedicated FACEBOOK PAGE

Half Term is on its way – so head over for lots of weekend workshops:

Fllowing on from our first St Matthews Community show, prize winner, Saima Shah will be giving 6 crochet workshops through November and December. Please see the attached fliers for more information. 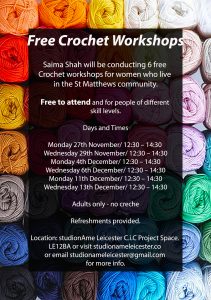 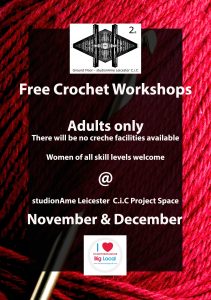 We would like to take this opportunity to thank our community partners at St Matthews Big Local for the help and support in making all this happen.

Join us every Saturday for the “art club” all children and parents welcome and completely free. 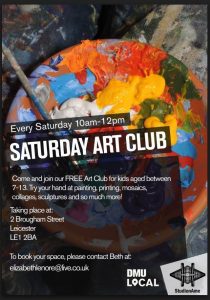 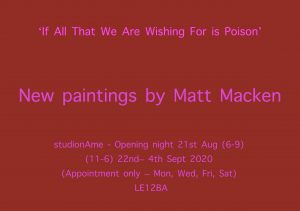 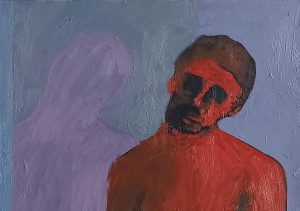 When the world changes you better change with it.

Very proud to say that Northside Bikes has provided possibly the most important installation at our project space yet, by turning it into a Key Worker Bike station and repair centre. 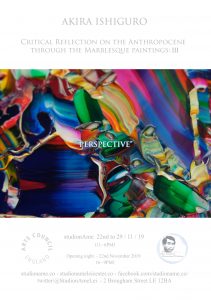 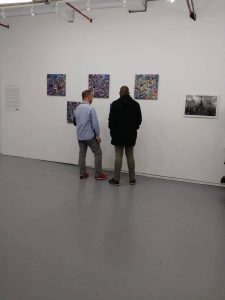 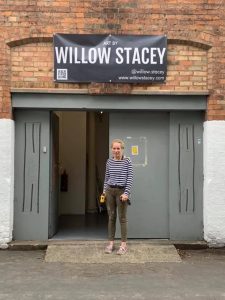 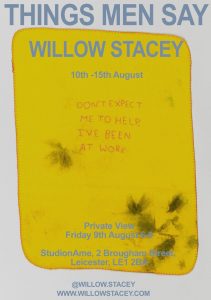 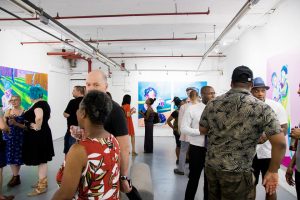 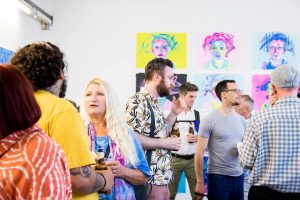 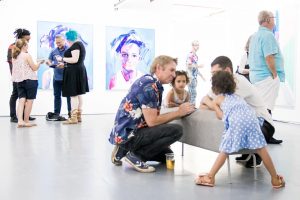 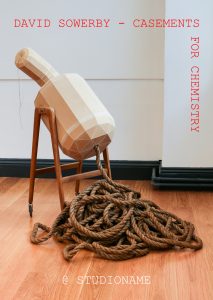 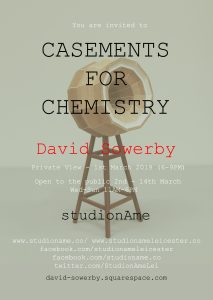 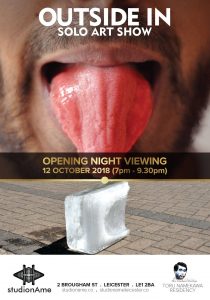 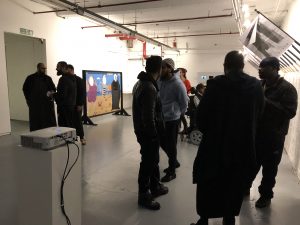 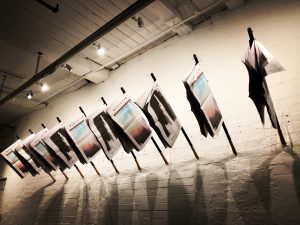 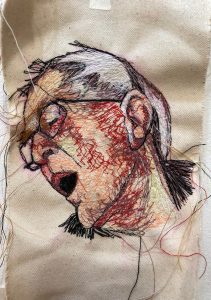 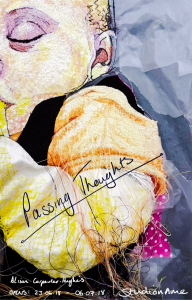 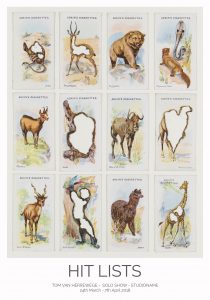 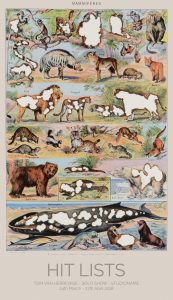 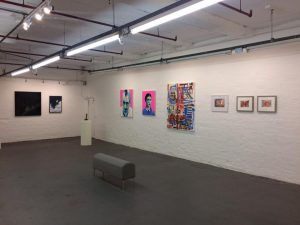 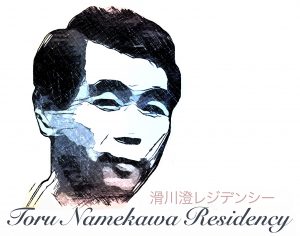 Meinichi, is the anniversary day marking a loved ones passing. In Japan this day is marked on the first, third, seventh, 13th, 17th, 23rd 27th and 33rd year, respectively.

It gives us great honour to announce that studionAme Leicester C.i.C has founded an artist residency to both celebrate and carry the name of Toru Namekawa, beyond the 33rd year anniversary of his passing. The first award will took place at the launch party of our sister organisation studio name Ltd on the 17th of November 2016.

Will be made to 1 graduating student from De Montfort University in 2020. From any creative disaplin, the selection will be made by Yuka Namekawa, Steven Allbutt and head of DMU faculty of Art Design and Humanities, Raimi Gbadamosi. 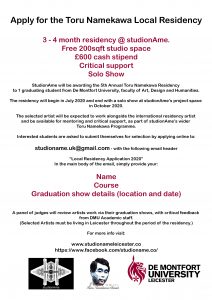 Jemisha joined us on a residency for a total of 5 months, following her graduation from De Montfort University. 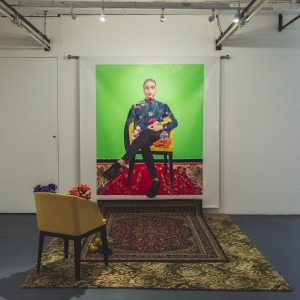 Following his first prize in the St Matthews open, we asked Adam to be our next Tour Namekawa recipient. 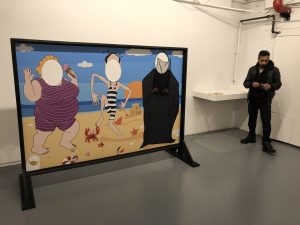 Alison began her residency on the 15th of January and has received a free studio space for 4 months, a cash stipend of over £600 and critical and atgerialq support in realising her work.

Using oil paints Indre Rimselyte creates figurative paintings of different realities and fantasy worlds. She is inspired by her dreams and nature which the artist communicates through painting on canvas. Indre is currently most interested in the relationship between humans and animals, how there is a distinct separation between the two regardless that humans are classified as animals in the biological kingdoms. She also explores that childhood is when we most believe that our dreams and daily lives are magical. The art movement which closely relates to her practice is magical realism, this is something she has been passionate in from a young age. 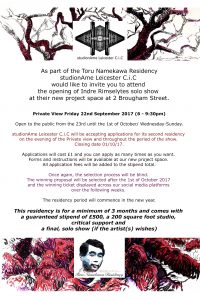